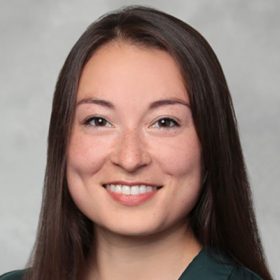 Kimiko (Koko) Urata grew up in Juneau Alaska and won a national championship in synchronized swimming. She went on to swim at Stanford University where she received her bachelor’s and master’s degrees in Biology.  She attended medical school at the University of Washington where she participated in the underserved pathway which is a program for medical students interested in caring for underserved and vulnerable populations. She also participated in a special program focused on enhancing the health of rural populations.  She was the two-time recipient of a service award for commitment to advocacy work.  In her spare time, she enjoys theater, dance and cooking.

We will start interviewing applicants from October to January.